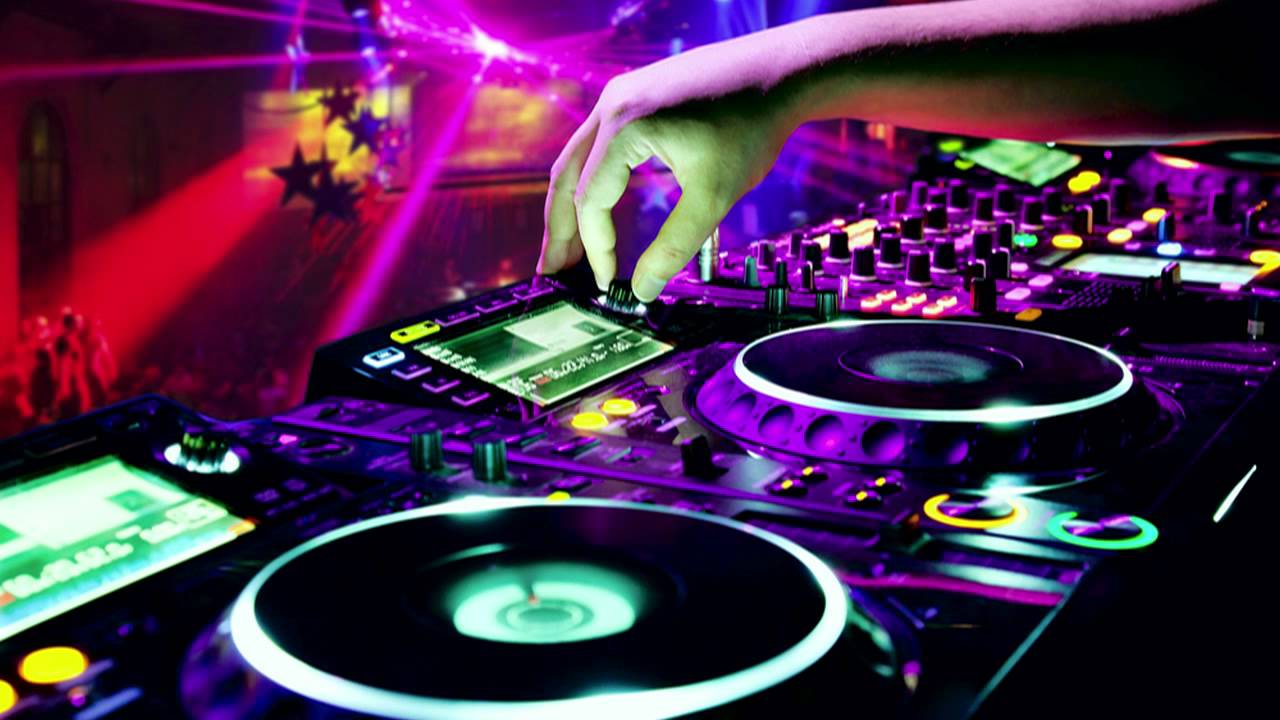 A dj is often considered a celebrity with sky-high earnings, tours and shows all over the world, record deals and radio broadcasts; but where does this figure come from? What do they actually do?

Music has always had a fundamental role in the history of mankind. Century after century it has kept changing to finally get to its current form, where we have big, international stars, amongst whom it isn’t hard to find djs.

Djs’ activity started in France under Nazi domination with the opening of the very first discos, as the regime would forbid playing any discs coming from across the pond. The term “dj” (short for “Disk Jokey”) was coined in the ’60s. Djs’ role was that of choosing the right song at the right time, obviously based on the occasion. Furthermore, the dj would also join the various tracks together to create a continuous flow of music in a way that would sound pleasant to the listener’s ears. As time went by, this figure became more and more important as he came to be responsible for the success of a certain event and for the popularity of a given club. This is where the first stars who invented Techno Music come from, which was followed by other forms such as the widely known House Music and Dance Music in the ’80s and the ’90s. These stars wouldn’t simply “mix” tracks, but would also produce their own pieces, earning the name of “Dj/Producer”, who are very common today. With time, not only has the figure of the dj evolved, but his equipment has too. Originally, analogical consoles were used with vinyl records; modern consoles, on the other hand, are far more sophisticated but still try to imitate the characteristics of vinyl, which, in any case, maintains its appeal and is still widely used.

A lesbian princess? Animation Movies keep up with the times 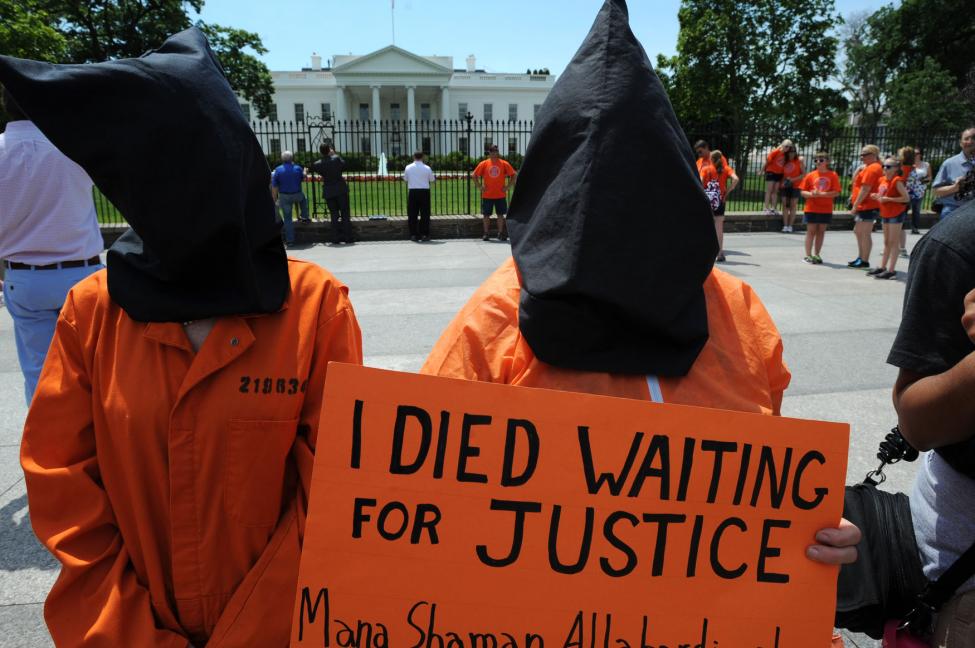 Guantanamo Bay detention camp is an United States’ military prison located on the coast of Guantanamo Bay in Cuba. Amnesty International considers it as a major violation of human rights, indeed this prison is known in particular for its mysterious ways of detention and treatment of prisoners.

Obama, during his political campaign in 2009, declared he would have closed the prison and during his second day as President of United States he signed an executive order which imposed the closing of the military base in Cuba by the end of the year. However this good intention fell into oblivion…

Quite all the inmates of Guantanamo have been accused of providing information to terrorists, an action considered as a “crime of war” in 2008. The following year Obama approved a reform, contained in the Military Commission Act of 2009, which prohibited torture as a way in order to obtain evidences and the use of “evidences by hearsay”.

According to lawyers, torture is the “original sin” of Guantanamo. As a consequence, the government was forced to create and adopt a new systeme of rules with the aim of hiding all the mistreatments  and abuses suffered form the prisoners. Nobody had to know what happened inside that place of horrors… Nobody had to find out about histories such as those of Khalid Sheck Mohammed or Mustafa Al-Hasawi who was submitted to the rehydratation by rectal pathway.

Another torture regards force-feeding of hunger strikers through large feeding tubes which are shoved up their noses and down in their stomaches. This procedure obviously violates World Medical Association and American Medical Asociation.

In Guantanamo there’s a deep mysterious atmosphere. Quite everything is clissified and defendants don’t have the possibility of discussing with their lawyers, even if it regards their situation. Moreover lawyers are not allowded to make public any declarations of their clients. It seems that prisoners’ memories belong only to the nation which has the right to handle it.

Nowadays in Guantanamo torture and brutal interrogations have come to an end, however the torture of being imprisoned in an isolated place without legal assistence continues… 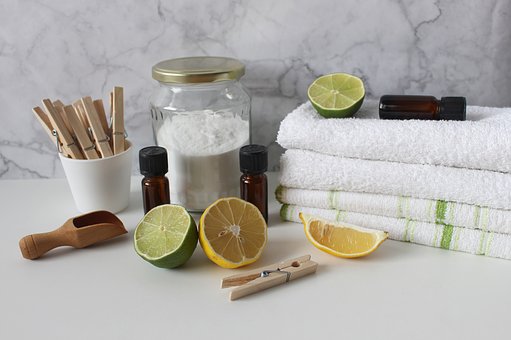 On March 15th, dozens of students across the world went on strike to tell politicians to treat climate change for what it is: a crisis and the biggest threat to our generation and generations to come.

Inspired by Swedish climate activist Greta, millions of people pressurised their governments to pass legislation that would reduce carbon emissions in line with the Paris Agreement.

However, each of us can do something about climate change. Last year I discovered the Zero Waste Movement. Zero Waste is about significantly reducing and eventually completely eliminating the amount of resources we send to disposal.

Adopting a zero waste lifestyle is one of the most sustainable ways of living and everybody can do that.

It’s easy to take simple steps towards zero waste, for example, instead of accepting plastic bags and creating more demand for them, you can use reusable cloth bags. Another step would be to buy organic and local and bring your own jars to grocery stores when they sell things in bulk, to avoid bringing home any unnecessary plastic containers.

Instead of using a single use disposable plastic straw you can use an acrylic or steel straw. Moreover, there are sustainable and reusable food wrappers which are made out of beeswax and are completely biodegradable.

Especially when we go out for lunch, we tend to use a lot of plastic, from bottles to utensils. We could simply bring them from home, or use portable utensils made out of bamboo.

The same concept works for bamboo toothbrushes. When it comes to fashion it’s better to avoid shopping at fast fashion shops – like Zara, H&M, Pull&Bear, Bershka and so on. These are non sustainable stores. A great and cheap alternative would be to buy second-hand.

Everyone should become more conscious of their environmental footprints, but zero waste living does not happen overnight. Each small step we take together will make the difference. 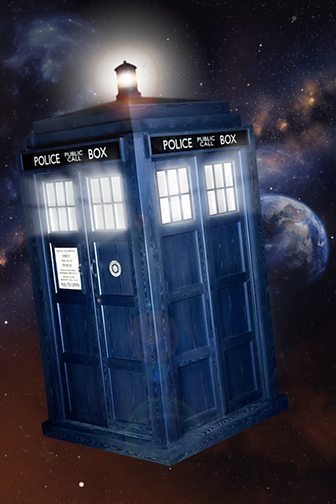 Ever since I was a young girl, I’ve always read stories of adventurous men who discovered amazing places, people and new technologies. The one in particular which enchanted me the most was the Time Machine. This beautiful and impossible technology allows people to travel in time and space, whenever and wherever they want. A TV series I love to watch which deals with this amazing technology is Doctor Who: the protagonist is the Doctor, a time traveller who moves around through time and space with a TARDIS. This name means “Time And Relative Dimension In Space”: thanks to it, he can visit any place at any time. Every time I watch an episode of Doctor Who, I travel with him and visit new, fantastic places which seem impossible even to imagine. And I often ask myself: if I had a time machine, like the Doctor’s, where would I like to go? The answer is not easy… I’d like to see how the world will be in a hundred or maybe in a thousand years, but I’d also like to discover the secrets of Ancient Egypt and Ancient Greece. You know, travelling in space and time is not easy, and thanks to Doctor Who I learned that those kinds of adventures involve strict rules: for instance, if you travel in the past you MUST NOT interfere with any event, important or not, because the result of your action could change the whole history as you have always known it! And if you travel in the future, it would be better not to bring anything home with you as a souvenir, because the discovery of objects of the future could shock people or drive them crazy!

Despite all these rules, if I had a time machine I think I surely wouldn’t make a journey in the future. I don’t want to know how the future is before its time, and I don’t want to know MY future at all! If I saw my future, I would live in a constant fear. I don’t know how to explain it clearly, but I certainly know that many futures exist and not only one, so even a simple and insignificant action could change an entire life. That’s why I don’t want to know my future: I want to live my life day after day, and let my decisions build my own future, and not a stupid “spoiler”!

I’d prefer to travel in the past instead. As I said before, it would be interesting for me to live with the Ancient Egyptians and discover the secret of the pyramids, but I’ve already some requests: I’d like to go to the past, to the childhood of my father. He has always told me beautiful stories about his youth, his friends and his jokes at school, and I wish I was born in the same year as him in order to live these experiences with him! Moreover, I’m really curious to see the village of his birth, Rossiglione, in the 70s. It’s not a big city, but it’s the place where my father lived his first years of life and had some of his funniest experiences. I still go there in summer because my grandparents have a house there, and every time I go there with my dad he always tells me all his memories about that place, and I always envy him not to have lived at that time. I think we would have been great friends. But I think that I have the greatest honour: I am his daughter!

Another place I’d like to visit in the past is simply my city but in 1995, the year of birth of my boyfriend’s birth. I’m really attached to him and his family, and every time I see an old photograph of him when he was one or two years old, I wish I could squash his fluffy cheeks and his fat little feet and admire his beautiful green eyes and curly, blonde hair! I’d like to do the same with myself but, as I learned in Doctor Who, the contact with a younger myself of the past would create a paradox which would cause several problems. I’d really love to embrace the little version of myself and play with her also because I’m the only person on Earth who can totally understand her… but if time-traveling has its rules, it’s right to respect them.

As you can see, I have no special requests for my travel through space and time. My desires are simple and humble, but they make me really happy. Of course there are plenty of places and past events I’d like to live, but in the end, I think that the best thing is to live in the present. As Doctor Who says: “This is who I am, right here, right now, all right? All that counts is here and now, and this is me!”.